I'm pleased to be able to brag about the fact that I have some really talented friends. For the past several days I've been reading posts and seeing pictures of some super cute homemade Halloween costumes by these creative mama friends of mine so I thought, "Why not feature them on my mom's blog?"

So that is exactly what we are doing!

I'm so happy to feature my very talented friend, Karina and her beautiful preschooler, The Tooth Fairy!  Let me just start by saying that the talent pouring out of the women in this family amazes me including our budding artist, lil Miss Tooth Fairy. So it was no shock to me to hear that Mama Tooth Fairy has been busy making her daughter's Halloween costume. I couldn't wait to see it.

Here's Karina's story about how The Tooth Fairy came to be:

"It all started when I asked her last month what she wanted to be for Halloween even though she already had four costumes to choose from.  I bought two princess costumes on sale at Target last year and two of her costumes from last Halloween, (a pirate and a traditional Chinese girl) still fit her.  We go to several different Halloween events throughout the season so she will get to wear all of them at some point.  However, I wanted to make one for her too, so when she said,"The Tooth Fairy," I was sooo happy because I was hoping she would pick a Fairy! I've been dying to make another costume for her like the angel I made for her two years ago. Then when she chose to be a purple and pink Tooth Fairy, I was in heaven!  Right away I knew I wanted to do one of those handmade tulle dresses you find on Etsy that cost an arm and a leg. It can be time consuming, but it's actually quite easy to make. Oh and by the way, I don't own a sewing machine. I just use a hot glue gun - lots and lots of hot glue. You can call me, "Mrs. Hot Glue!"

This is what you'll need to transform your child into The Tooth Fairy:

There are several helpful videos on YouTube that will give you step-by-step directions on how to make a no-sew tutu, I basically followed the same principle. (See an example of a "no-sew" tutu dress video below.)

First I measured how long I wanted the dress to be and then doubled that measurement to pre-cut all of the tulle I would need. Once the tulle was done, I set it aside and cut a piece of felt fabric to put under the crochet headband where the flowers will be glued on. I wanted to create a smooth surface to hot glue everything as well as have a barrier for my hands so I don't get a million hot glue burns all over my fingers! (Great Tip Karina!)


Then I added strips of different colored ribbon to the front and back of the dress. I measured the ribbon the same way I measured the tulle and I tied them to the crochet headband. I tied two long, thicker pieces of ribbon to the front in a "V" shape and secured them with hot glue between the felt and crochet headband. This will be used as a tie around The Tooth Fairy's neck to keep the dress in place.

And after I worked my hot glue magic, the dress was finished!

That's it for the dress!

The Wand:
Use a template to trace the tooth. (I downloaded an image from google that I was going to print up but my printer ran out of ink so I had to trace it from my computer screen, lol!) Cut four teeth out of the two pieces of white felt. You are going to need two for the wand, one for the tote and one for the wings.

Take your Elmer's glue and spread a thin layer of glue covering one side of each tooth and then sprinkle them generously with glitter.  Set them aside to dry completely before moving on to the next step.

Take two of the teeth, stack them together and secure them with pins. Glue the edges together leaving an opening between the roots (that's where your wooden dowel will go.) I wanted to stuff my tooth, so I used the remaining felt and cut it into tiny pieces to stuff the tooth.

Take a piece of ribbon and wrap it around the dowel in a spiral all the way down to the bottom using little dots of hot glue to secure the ends. Then place the dowel inside the opening of the tooth and close it with hot glue.

Use the left over ribbon to tie on or glue more flair to your wand. See Picture below.

Take another tooth that you already cut and glittered to use for the candy bag.  I added some glitter tulle that I already had and glued it around the (bottom) perimeter of the tooth.

Once that is dry, hot glue the glitter tooth to the tote. I added some bows I made from the ribbon as accents and hot glued them to the tooth.

I already had a pair of glittery wings that I bought last year at the Dollar Store but you can find them at any Halloween store, craft store, discount store, Target, etc.

Take the final tooth that you cut and glittered and hot glue it to the middle of your wings. I added a little flower accent to the top corner of the tooth with hot glue to make it girly.

I already had a plain headband in my craft closet, so I covered it with more of the ribbon (see The Wand above for directions) and I hot glued the rest of the flowers in different shades of purple and pink to the top of the headband. 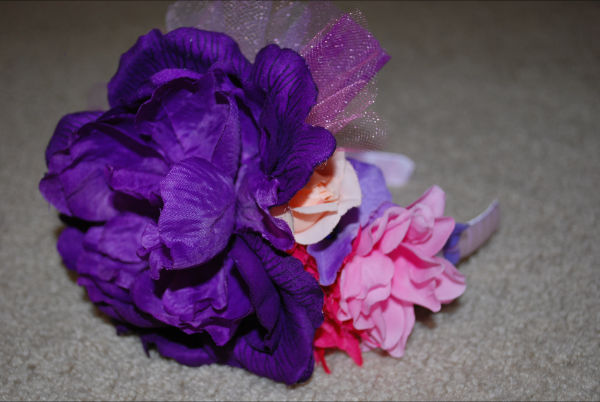 I also added some bows I made from the left over tulle and ribbon and hot glued them on as accents. 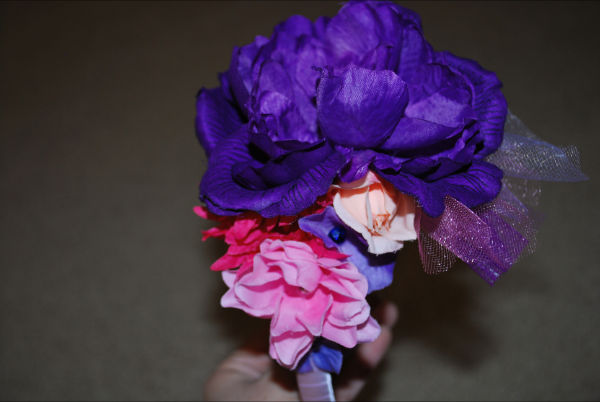 To finish off the costume I wanted to add a leotard and tights. I bought a long-sleeved, pink leotard at Walmart for $6.00 that she'll also get to use for her ballet class so it was a good investment. I found some purple tights on sale at Target a while ago that will be perfect for her costume as well. Try to use things you already have on hand or items that you can reuse for something else to save money. 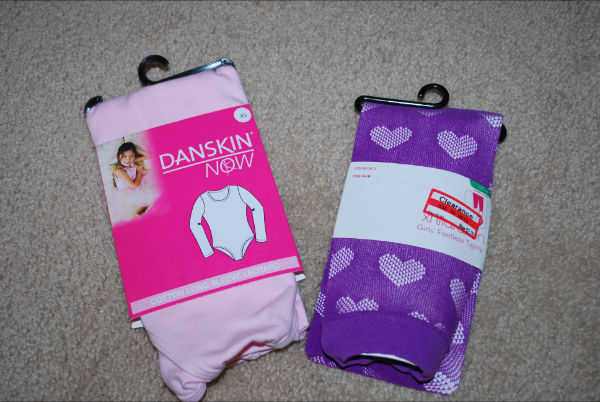 Here is a picture of everything you will need to transform your sweet girl into,
The Tooth Fairy!


I wanted to do some sort of face painting to finish off The Tooth Fairy costume, so I found this video on YouTube (see below) and it was easy enough for me to do. I even found a recipe for a homemade face paint (toxic free),

...However, there's still time to convince her before Halloween!

Without further adieu, I now present to you 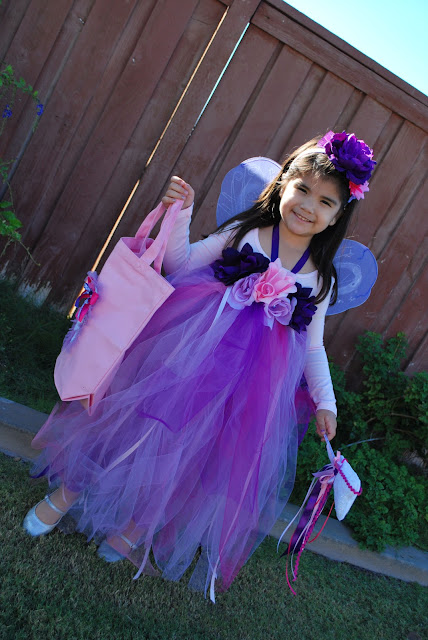 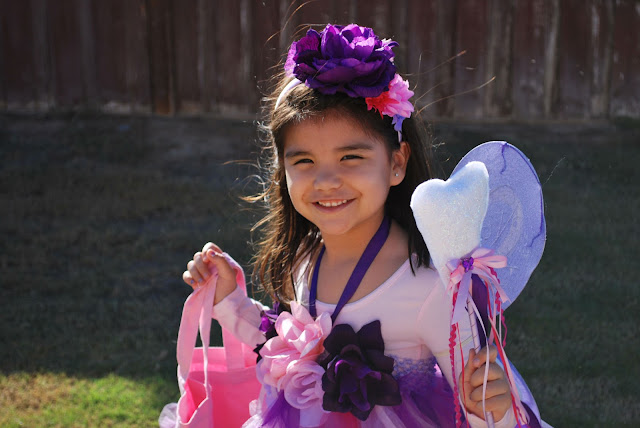 
As promised, here are the links to the YouTube videos Karina watched to get more information for making a tutu dress out of tulle as well as painting a fairy mask (if your child will let you do it! LOL!)  Both are really informative videos. However, for some reason I'm having a bit of trouble attaching them so I will provide a link to them as well. (If they look blank, try mousing over them for them to pop up.) Please let me know if they do not work via comment and I will try them again. Thank you.

Here is the link to the face painting video.

Here is the link to the tutu dress video.


Was this helpful?  What do your kids want to be for Halloween? Please share below in the comments section.


To read more from My Tales From The Crib click here.