I'm so sorry for the inconvenience. It's been moved. Please Click here to find it. Have a great day! 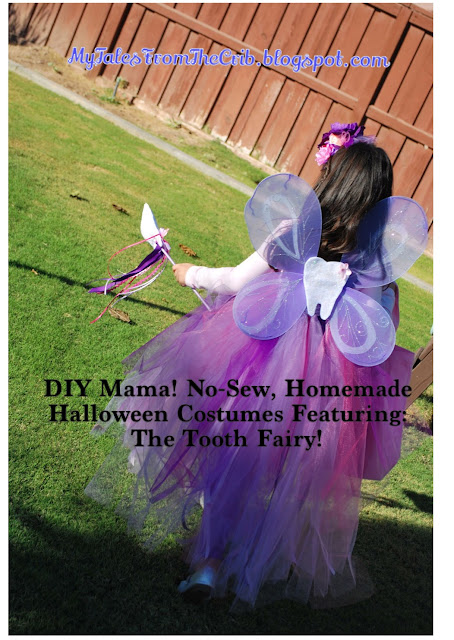 at 18 October No comments: 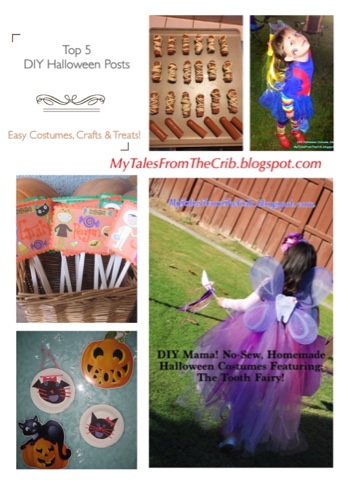 Do you want to make a cute costume but you don't know how to sew?  Here is a very cute and totally unique costume idea that is entirely no-sew! All you need is a glue gun and some supplies. This is a cute idea for a teachers costume as well as a fun DIY Tooth Fairy bag to have on hand for when your child looses a tooth. Don't forget to Pin it!


Relive your childhood with this very cute and extremely simple DIY Rainbow Brite costume. Click here to see the easy step-by-step instructions to put this costume together. Don't forget to Pin it!


Need a cute and unique idea for goodie bags? Does your preschooler like to help in the craft making department? Click here for step-by-step instructions. Don't forget to Pin it!

Need some ideas for a fun & simple preschool craft?  This is a great "following directions" craft for your preschooler, TK/PreK'er, or Kindergartener. Click here to see more.  Don't forget to Pin it!

Don't forget to Pin it!

at 17 October No comments:

It's Friday and it's time to have a bit of a laugh. With all this political craziness going on it's nice to have a break and think about something else for a change, but before we do that I'd like to share this very funny SNL sketch. Alec Baldwin does a better Donald Trump than Donald Trump himself and Kate McKinnon is the funniest woman alive right now. Enjoy!

My kids had their homeschool co-op Halloween party yesterday and there were some super cute treats!

I made Baby Mummy hot dogs. 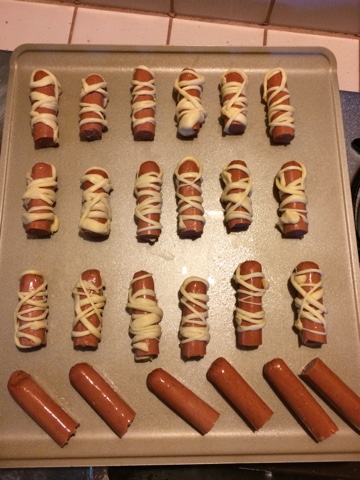 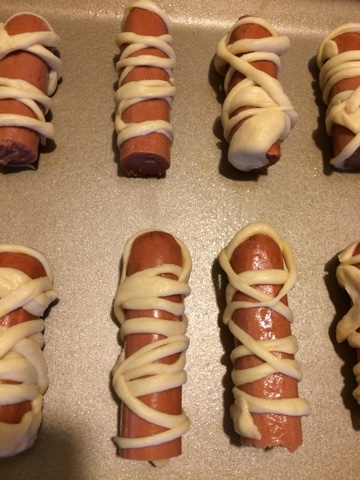 I decided to cut the hot dogs in half and make "Baby Mummies" since it was part of a lunch pot luck for kids grades TK to 4th and not the main course. However, we're making them again for our Halloween night dinner and we're leaving them whole and we're adding a slice of Colby Jack cheese before we wrap our mummies. 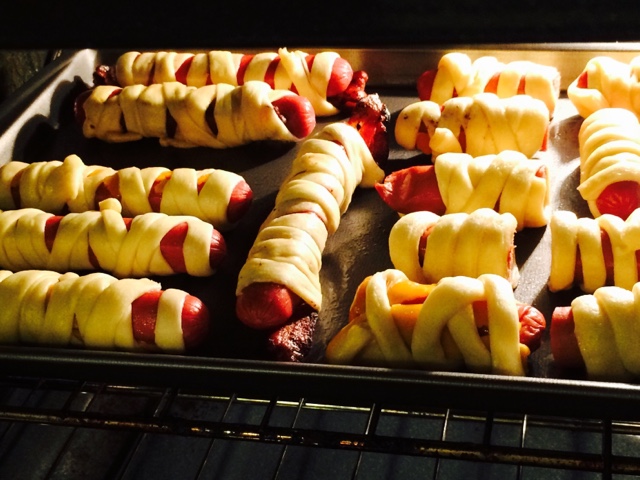 These are the ones my husband and kids made with the cheese. He even added bacon to a few of them, and they were great right out of the oven. He cut the dough a bit thicker than I made them. I was really short on time and was making them incredibly fast. I was also dealing with a fussy baby who was eating in his high chair and throwing food on the floor. And I had a huge time crunch to get back before the kids started eating.

Tips: I used a pizza cutter to slice the dough and I sprayed the cutter with cooking spray so the dough didn't stick. This worked out well.

I sprayed the baking sheet with cooking spray and I sprayed the tops of the baby mummies too to give it a crispy top. You could also brush the dough with egg whites. 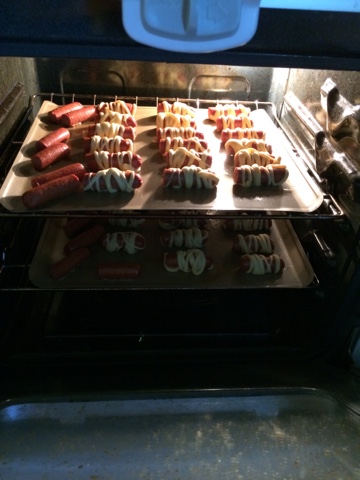 I made some plain dogs too for the kids with gluten intolerance and I called them "naked mummies" and was met with many giggles. I realize it's hard for a kid to have food allergies, especially during holiday time at school and by calling them "Baby Mummies" and "Naked Mummies" the kids felt like they were included with the festivities and not just getting an after thought.

I was short on time so I didn't add eyes. But no one seemed to notice.

Transportation Tips: I realized that I was making a hot dish for a school pot luck and there wasn't a set time for the party, I wanted to keep them warm AND we live 25 minutes away from where the party was being held!!! So this was going to get tricky. 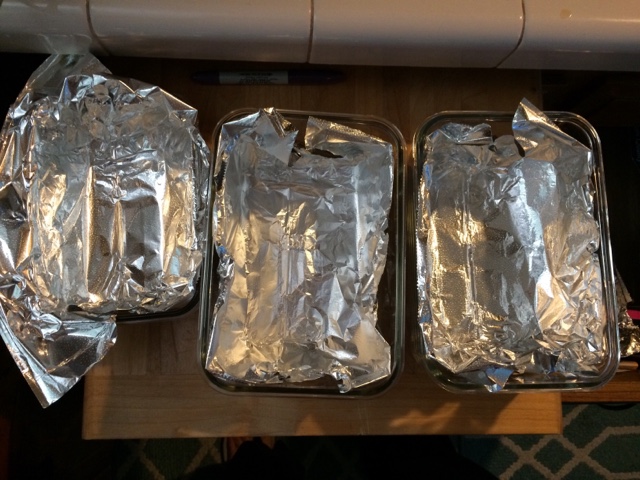 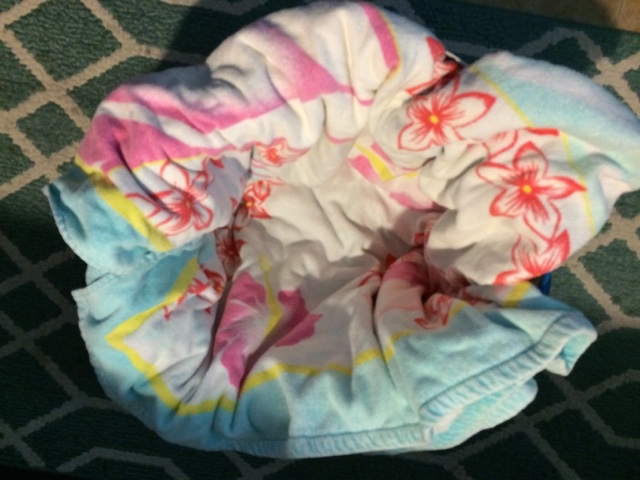 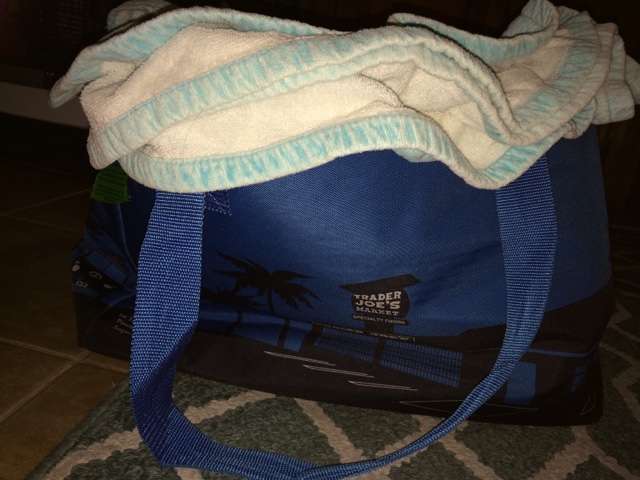 After I added my containers in the bag I wrapped them with the rest of the towel and zipped it up. I was in the car in less than 10 minutes.

The food was delivered hot and the kids loved them!

at 04 October No comments: