I'm not a sports fan, but I sure do love me some Olympics!! 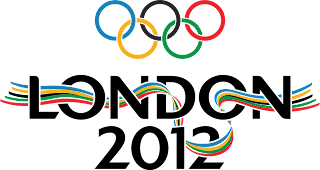 Watching the "Olies" aka the Olympics every single night since the opening ceremonies (yes, you read that right, "every-single-night") I'm starting to feel like a bit of a sports under achiever.  I was never really a sports girl growing up. I played soccer and I liked it as a kid but I was never super competitive (btw, it's totally OK to read into that, that "I wasn't very good." haha.) I was the goalie one season, I think I was in 4th grade and I did quite well as goalie since I was tall for my age. However, we had a really good team that year so I didn't see much action down at my end. In fact during one game where we were dominating I got so bored I actually sat down and started making a daisy chain necklace - during the game. Let's just say my coach wasn't thrilled by that. However, that was the season I made my first goal in a sudden death shoot out, and I saved every shot but one, which won us a spot in the semi-finals! So that is my crowning glory in sports achievement. That season I was either the goalie or a defender. Back then we called them "full-backs."  So if you were way back there you weren't the one up on the front lines making goals. So when my coach told me I was one of the "kickers" for the sudden death shoot out, I was pretty excited. After I made my first goal I did cart wheels all the way down the field.  I'm pretty sure that coincided with the 1984 Olympics which was held in Los Angeles, Ca and Mary Lou Retton was dominating the gymnastics scene that year.  (Remember her perfect 10 on the vaults?) I pretty much did cartwheels in lieu of walking the entire summer. My grandparents lived down in San Clemente, Ca a few blocks from the ocean and I did cartwheels the entire way down the hill to the beach, to the end of the pier and back and all the way back UP the hill. I was 8 so I had the stamina and since I thought I was Mary Lou Retton I was going for the gold, naturally and I didn't want to let my team down. The most awesome part of this story is that I had a broken arm so my left arm was in a cast from my finger tips to above my elbow (in a bent position.) So all of my cartwheels were one handed. Even the up-hill ones.  Like I said, I totally thought I was Mary Lou Retton, so a silly little broken arm wasn't going to stop me from doing my favorite thing in the world as an 8 year old (who was going for a gold medal - let's not forget that part.) I have a picture somewhere. I'll have to find it and scan it on here.

By the way, in case you're wondering about our Olympic consumption aka obsession, we don't just watch a few events each night here and there, we've been watching every event, every night from 8-midnight since it started.

We sure do love us some Olympics!


(In case you don't remember Mary Lou Retton's perfect 10 on the vaults, here you go.  Enjoy!) 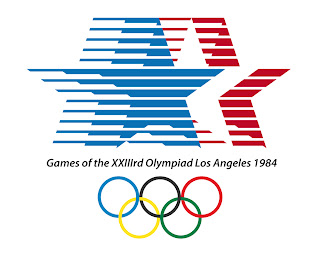